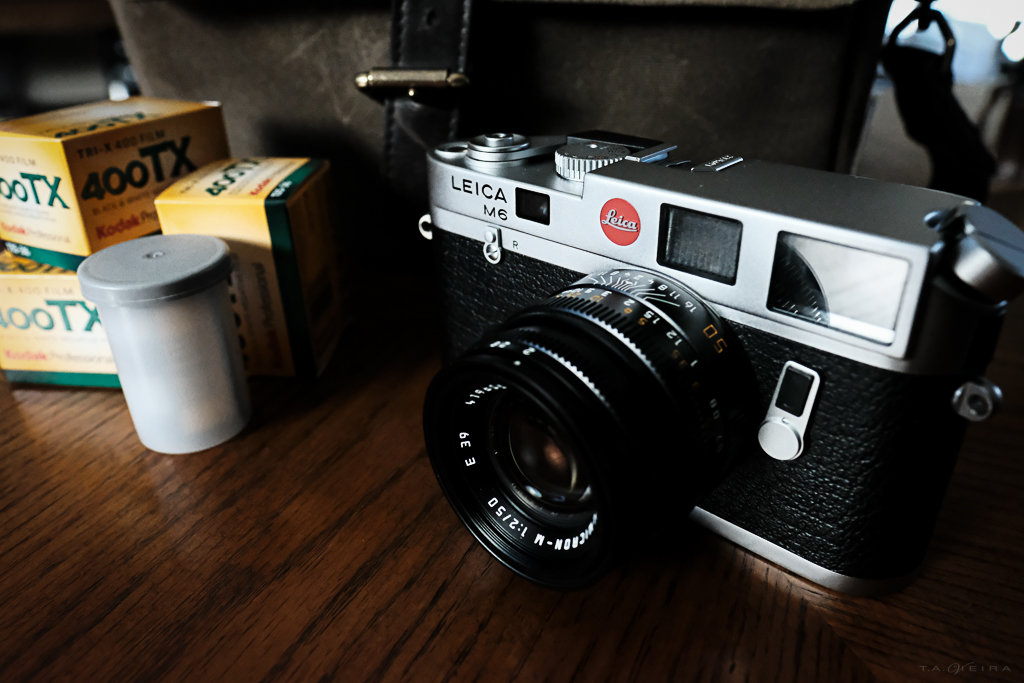 When I switched to shooting Fuji cameras last year I noticed it brought about distinct changes in my shooting style. Because of aperture rings and shutter speed and ISO dials, the tactile connection the cameras offered in having full manual control over the exposure, it made me want to slow down in my process of taking each shot. I could definitely see this causing my photography skills to improve. I was actually taking less shots, but ending up with more keepers. Going through this process of slowing down and seeing the improvement it brought made me want to slow down even more. This inspired me to start shooting film. Here’s a video that kind of describes my thinking on this (if you’re interested)

Every photographer who has studied the history of photography is well aware of the role the Leica M rangefinder cameras have played; along with the famous photographers of the 20th century who really helped make these cameras legendary. And although it’s easy to start drooling even at the thought of owning a Leica, they not always a practical choice in cameras these days. The current digital models are very pricey, and even the used film Leicas are still more expensive thann most other mechanical 35mm film cameras. And with all the amazing things digital cameras can do these days, the Lieca M series, even the current digital versions, really offer just the basics, in a very Zen-like approach that actually demands much more from the photographer. There is no EVF and no autofocus. This is truly a manual camera that requires the photographer to be on top of their game to get the beautiful results that this camera can produce. While most other cameras, especially digital, will do a lot (if not all) of the work for you, Leica gives you a premium tool, but makes the photographer do ALL the work. That’s why when I decided to shoot film I knew the Leica M6 was what I wanted to use. I was definitely looking for a camera that was amazing, but would require me to up my game.

I chose the Summicron 50mm as my lens to use with this camera. I love 50mm focal length. It’s what I’ve been using for most of my street photography this year, with the Fuji X-Pro2 and the 35mm f2 (50mm full frame equiv). At some point I may pick up a 35mm but for now I just want to use this lens for everything.

Since I won’t have the luxury of coming home after doing some street photography and just downloading the images from an SD card, I wanted to go for the next best thing. I want to develop my own film. There are still a couple labs here in Vegas that develop black and white film but I want to get in and enjoy that part of the process as well. Plus then I can develop the film right away if I want to. (I can be a little impatient that way 😉 )

I shot a couple rolls of Kodak Tri-X this week and pushed it to 1600 for doing street photography at night. I’m still waiting on a some supplies I need to start developing, but I’m really looking forward to seeing the results.

Anyway, I’ll share my experiences as I move forward in this direction. I used to shoot film, but it was back before I was serious about photography – I used cheap plastic cameras and they pretty much did all the work, then I’d drop the film off at the drug store and that would be it. I’m so used to shooting digital and all the immediate benefits of that, this feels a bit like starting over – but in a good way – I’m really excited about this!