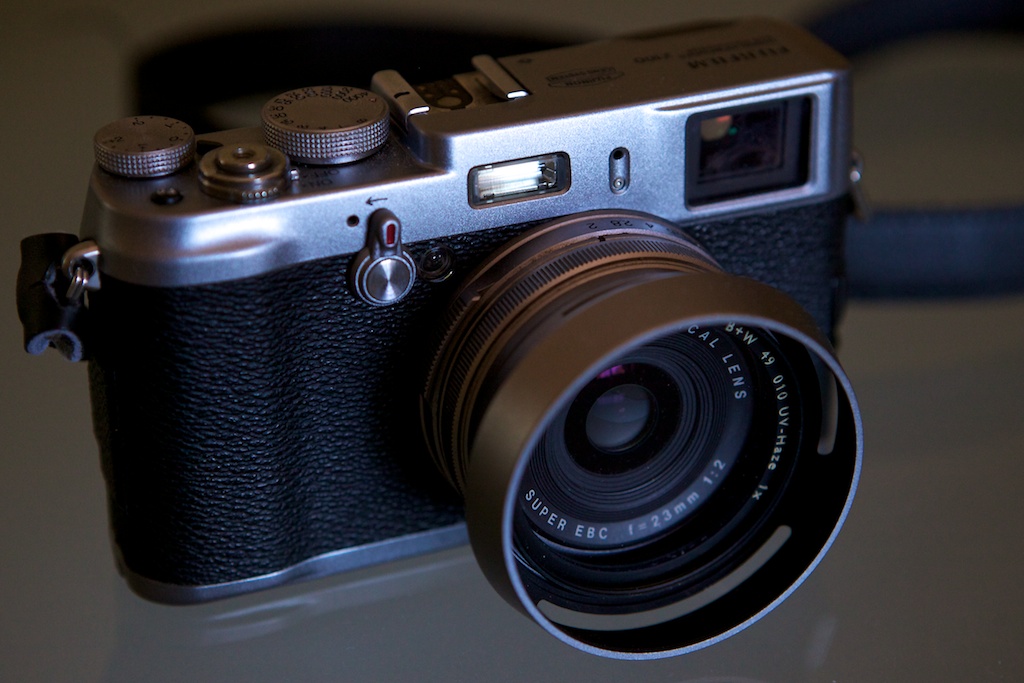 I don’t normally do product reviews, as there are already so many great sites available for that kind of thing. But, I do feel compelled to talk about something near and dear to my heart. The Fujifilm X100. 🙂

When this camera first came out it won the hearts of many photographers, with it’s retro looks, intuitive controls and stunning image quality from a 12mp APS-C sensor in a smaller body.

When the X100 first hit the streets photographers quickly noticed a few quirks that slowed down the enthusiasm for this new superstar. Primarily, slow autofocus (AF) and a manual focus (MF) that was pretty painfully slow to use (IMHO). However, with each upgrade, many of the flaws were diminished a bit. By v1.3 I was pretty satisfied with the speed of the AF.

This week Fujifilm released firmware update, 2.0 for the X100. This is pretty amazing for a couple reasons.

The focus distance from the lens surface without switching to macro mode is approximately 30% shorter compared to previous firmware version.

The function, which features on FUJIFILM X100S and X20, is added and assists accurate and sensitive manual focusing by enhancing the outline of your subject in high contrast.

This makes it easier to capture the peak of the focus by displaying the image with shallow depth of field, using open aperture, when adjusting the focus with the electronic view finder or the LCD.

Note from me: The MF is now actually useable (IMHO). It was so slow before that I never used it. Plus the focus peaking has been pretty fun to work with.

The camera start-up time is shortened by approximately 0.2 second with QUICK START mode OFF.

There were a couple other items but to me these were the most significant points that mattered to me.

Wanna compare for yourself?

If you’ve been thinking of maybe picking up the X100 or X100s but not sure which one would be best, try them for yourself first. You can rent either or both of these cameras from BorrowedLenses.com to help you decide which is best for you. This could help you save some money if you decide on the X100 (Usually between $750 – $899 when you can find one.) or X100s ($1299).

Rent the X1oo from Borrowlenses.com

Rent the X1oos from Borrowlenses.com