I’ll admit that I’m a “You should only shoot in RAW” kind of a guy. Even when I first bought my Fujifilm X100 back in 2011 and everyone was going on and on about the film simulations that Fuji put in that camera, I still would only use the RAW format.

However, I’ve been thinking about making a change over from Canon to Fuji so I’ve been watching A LOT of Fuji review videos, and one thing that’s still being talked about is the quality of the jpeg files using Fuji’s film simulations. So I decided to investigate for myself (always a good idea).

Keep in mind that I’m using the original X100 with the 12mp bayer CMOS sensor as opposed to the 16mp X-Trans CMOS II sensor that the X series cameras are using now. But I’m still pretty impressed with the simulations.

I can’t show the Classic Chrome simulation since that’s not available on this camera, but here you can see the difference in the film simulations in the X100. Click on the images to see the larger versions, and really I’d suggest doing that, then arrow through (or swipe) the files to see the different variations.

Now take this for what it’s worth. Obviously JPEG files are going to generally look better straight out of the camera than the RAW files will. But the RAW file gives you all the information, uncompressed, so you have more control over the editing, truly being able to edit white balance, work on the detail, shadows, highlights, etc…

I was at Barnes & Noble last night and here are a couple shots where you can see the difference between the RAW and JPEG files. Again, it’s probably best to click on the images then use your arrow keys (or swipe) to go through the images to see the difference. Also note that even though I’ve labeled the images as RAW, technically they are jpeg for the sake of file size, but they are the actual RAW files exported straight out of Lightroom with no editing (other than resizing to 1024). 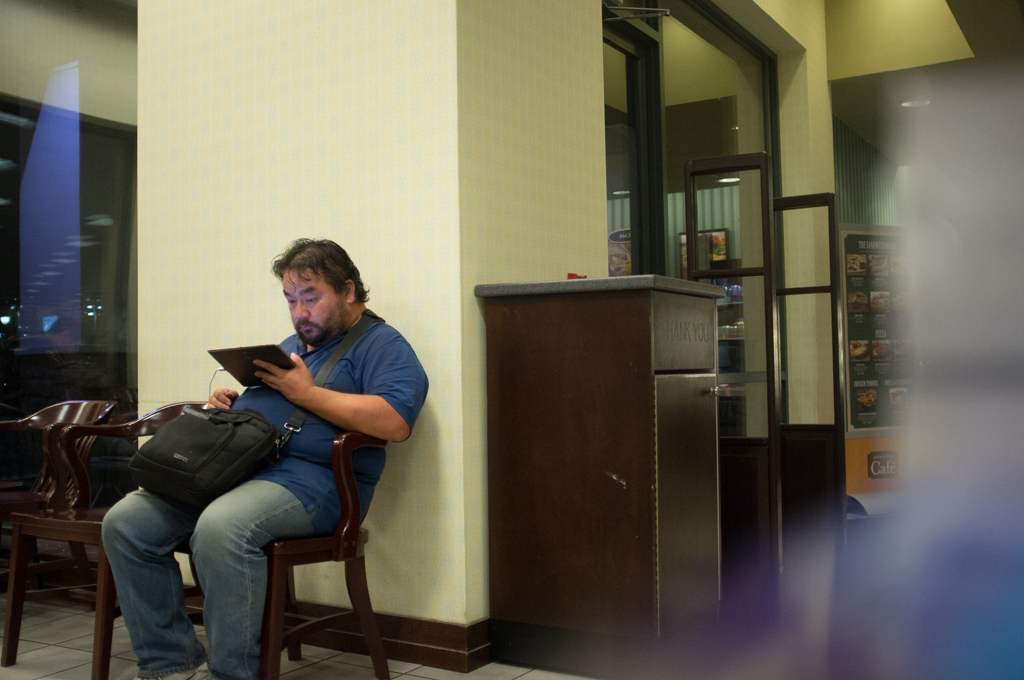 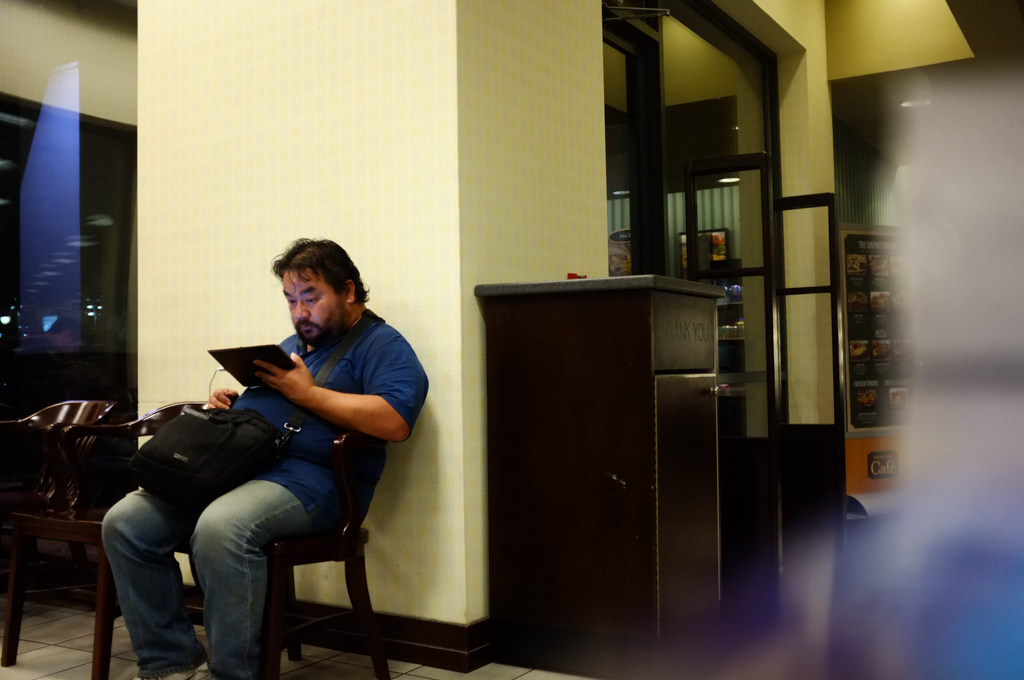 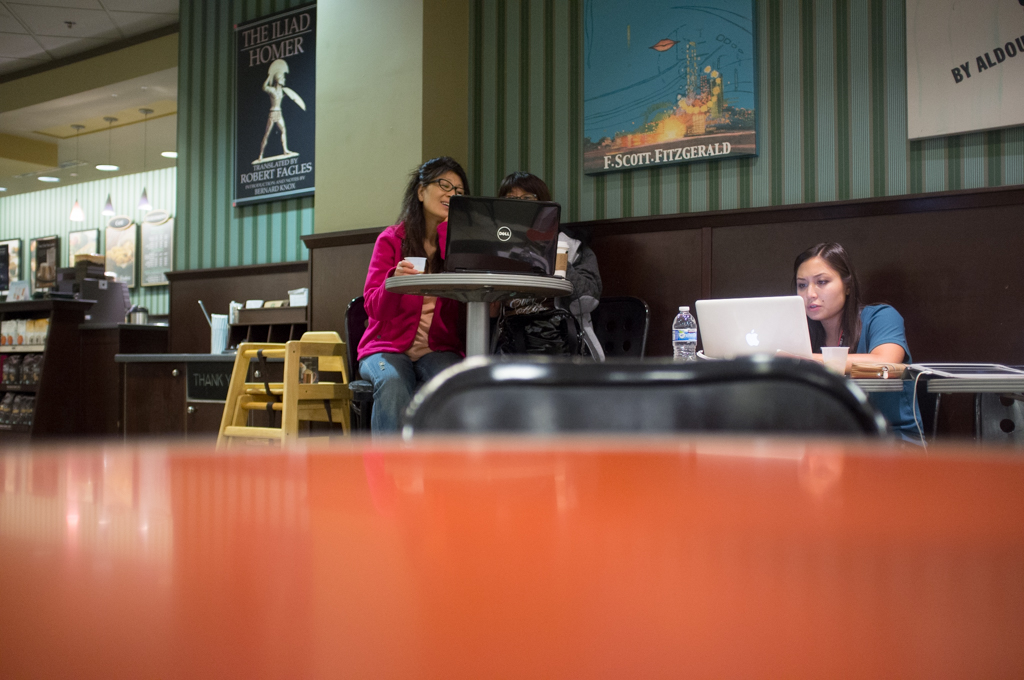 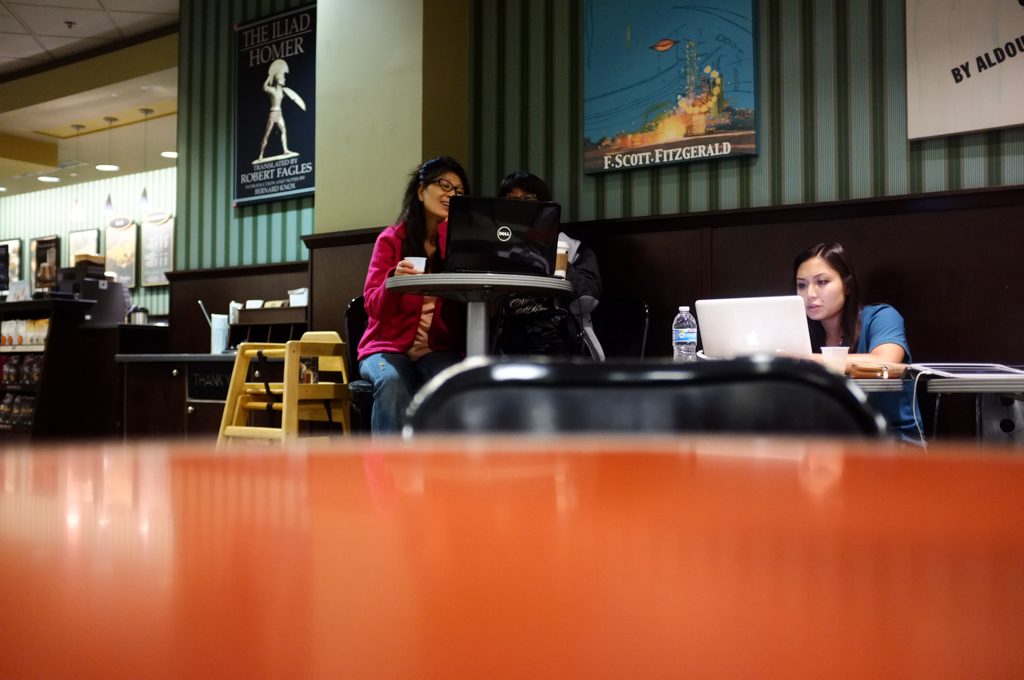 Sorry for such a long post, but I just thought it was interesting and wanted to share. Obviously if you need/want more control over your files/images then RAW is still a good way to go. But, it’s also nice to know that Fuji’s JPEG files are so beautiful – especially if you want to be able to take a shot and use WiFi to share it right away, or maybe print it to a Instax printer. (can’t do that with RAW).