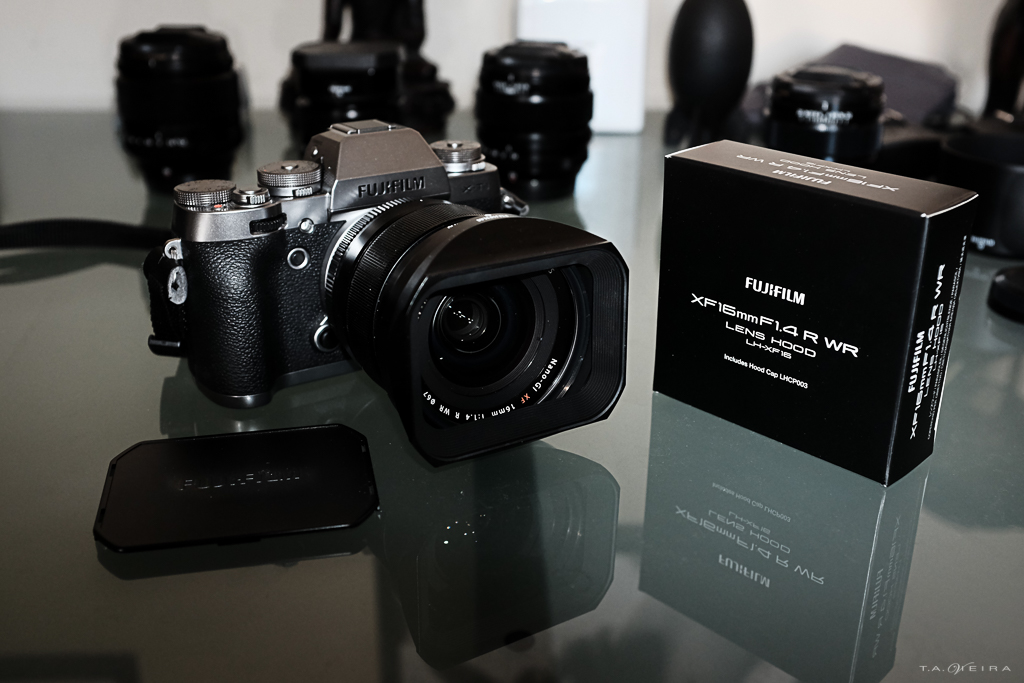 I know my posts have been a lot more about gear lately. It’s mainly due to the recent switch from Canon to Fuji, and that I’ve been a little under the weather the past few weeks so haven’t been doing any photo shoots or even street shooting. Feeling better so that will all be changing and you’ll start to see more posts from photo shoots and street shooting.

Anyway, I’m loving the Fuji XF lens lineup. The image quality is fantastic; the lenses are relatively small and lightweight; the build quality is excellent, but one area I’m not crazy about is the typical tulip style lens hood many of the lenses come with.

One of the benefits of shooting with a system like the Fuji X series is the smaller size of gear. The lenses themselves can be pretty small, but often the tulip style hood can almost double the physical length of the lens. Not a huge problem, but if an alternative was available, I’d be interested.

I noticed from another blog (can’t remember which one) someone had mentioned that Fuji had made an alternative lens hood for the XF 16mm f1.2 R WR. It matched more of the styling of the hood that came with the XF 35mm f1.4 lens which featured a shorter hood with a rectangular shaped front end. I’m not sure if there’s an actual name for that design, but it looks cool (IMHO) and I like the shorter length.

Along with preferring this style of hood, the build quality is quite nice as well. It’s made out of metal, where the original lens hood is plastic, and it’s also got it’s own rectangular lens cap, which is nice.

I took a look around the web, and that alternative hood (the LH-SF16) for the 16mm was hard to find. I did find them on ebay, but since I’m probably one of the only people I know who don’t use ebay I decided to keep looking. B&H’s site didn’t even show the lens hood’s existence but I did find a listing on Amazon, however they were out of stock. I ended up just checking back over the next few days until Amazon finally had some (2!) in stock. I bought one quickly an now it stays on my lens.

Anyway, it’s the LH-XF16 and it is made by Fujifilm specifically for their XF 16mm f1.4 R WR. If you’re looking for this alternative hood for your lens you can find them here on Amazon.com (not an affiliate link). Just keep checking back if they are out of stock.