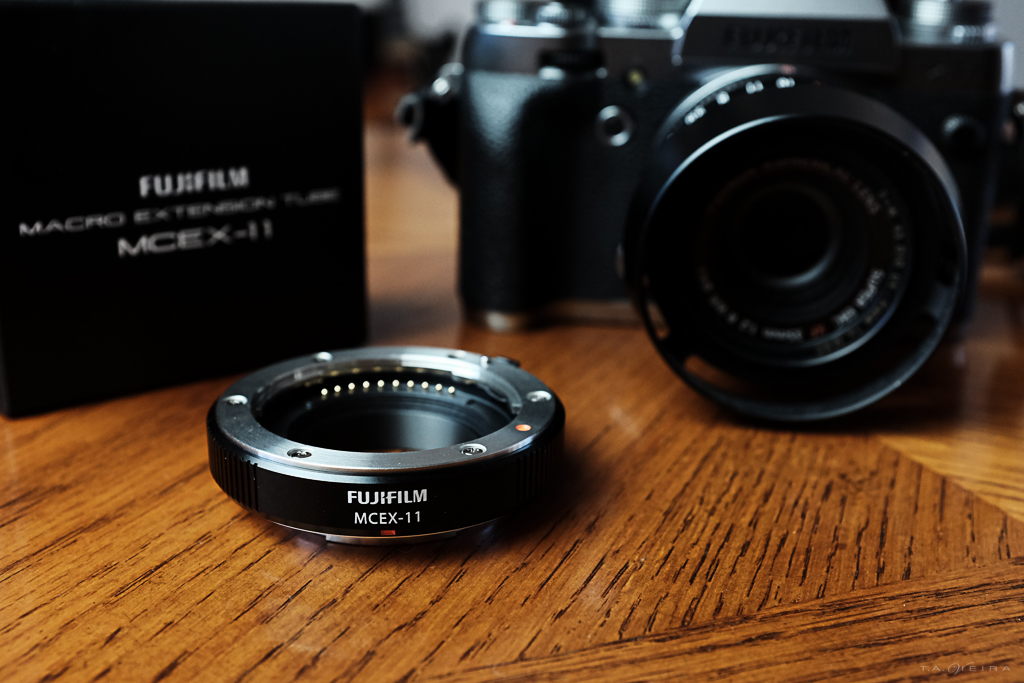 I bought the Fuji XF 56mm f1.2 lens a little while ago primarily to do portraiture and boudoir work. It’s a beautiful lens that can produce some pretty amazing shots.

The minimum focal distance for this lens is somewhere around 2.3 feet and one thing that I kind wished I could do with this lens is get a bit closer to the subject sometimes. I decided to try the MCEX-11 with that lens to see if that might help me accomplish what I was looking to do, to be able to get that closer now and then.

Turns out that it might make me have to move in a little too close for the kind of shots I wanted to get. One thing I didn’t realize before I bought the extension tube was that it didn’t just allow you to move in closer, but it would also only focus within a certain range of distance from the subject. If you move in too close it can’t focus, but also if you move back to far it also won’t focus, and that range isn’t all that big. Using the extension tube on your lens keeps you within just a few inches of distance from your subject that you can work in, and the wider the lens, the closer you need to get to the subject.

I’ll still give it a try on a photo shoot and see how useful it is. When I do that I’ll share the results. For now though I’m thinking I’ll probably just end up using it for macro work – which is still a good thing.

Using the MCEX-11 on Different Lenses

I used it with a few different lenses to see what would work the best. I started with the XF 56 f1.2 lens, then also tried it on both versions of Fuji’s 35mm lenses, then even tried it on the 23mm but I had to get so close to the subject that lighting the image became more challenging. I didn’t even try to go below that focal length.

While it’s still very useful with the 35mm lenses, the longer focal length you use, the more flexibility you have, especially with lighting.

Side note: as much as I love shooting with the 35 f2 version of that lens I have to be honest and say that really getting these close shots showed me that the original 1.4 version was actually sharper. That being said, sharpness isn’t everything to me and I still prefer the f2 version for everyday shooting. It’s plenty sharp!

Here are a few images I shot. I’ve included the exif data.